Learn more
Size1L Proof90 (45% ABV) *Please note that the ABV of this bottle may vary
Introduced in 2015, this whisky is made from a mash of 90% rye — making it the first rye whisky ever produced by the esteemed Canadian distillery and was named the "2016 World Whisky of the Year" by Jim Murray's Whisky Bible.
Notify me when this product is back in stock. 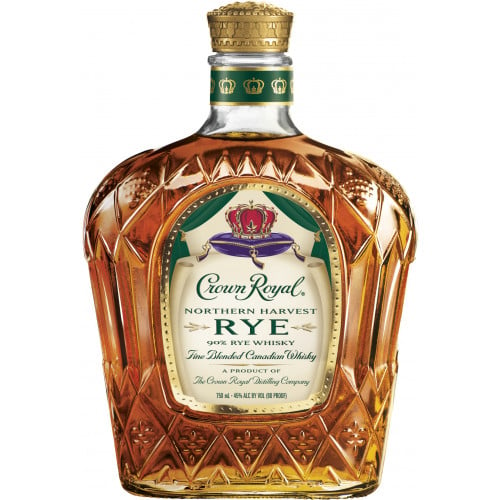 Crown Royal Northern Harvest Rye Whisky is made from Canadian rye grain, certified by the #1 Canadian Western. The rye is planted in the fall, and sprouts until blanketed by soft winter snow. After the snow melts, the rye completes its growth, maturing over the spring and summer, and yielding a perfectly smooth rye grain for whisky.

The whisky is unusually fruity for a rye, with an aroma of apple pie, cereal and mild spices. The aroma gives way to an extraordinarily smooth flavor profile, with more apple, custard and caramel, while the typical rye spiciness picks up. The finished is well-balanced, smooth and creamy.

Unusually fruity for a rye, with an aroma of apple pie, cereal and mild spices. The aroma gives way to an extraordinarily smooth flavor profile, with more apple, custard and caramel, while the typical rye spiciness picks up. The finished is well-balanced, smooth and creamy.