Learn more
Size750mL Proof137 (68.5% ABV) *Please note that the ABV of this bottle may vary
Bottled at a barrel strength 137 proof, this rum was awarded 98 Points (Extraordinary, Ultimate Recommendation), at the Ultimate Spirits Challenge in 2016.
Notify me when this product is back in stock. 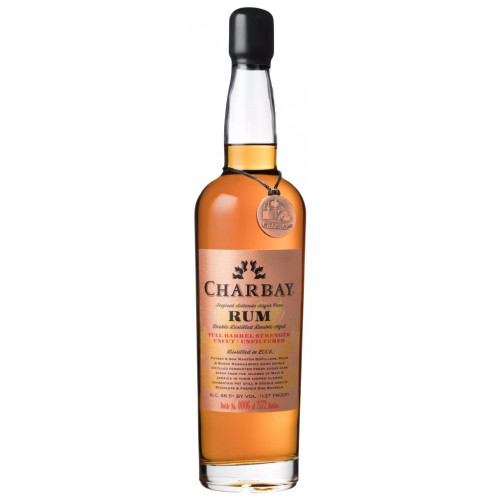 Miles Karakasevic, co-founder of Charbay Spirits is a 12th generation European winemaker and Master Distiller. Born in old Yugoslavia, he apprenticed in the tradition followed by the Karakasevic family since the 1750's.

After studying Enology and Viticulture at the University of Belgrade and in Germany, Karakasevic immigrated to the US in 1962, eventually settling in California in 1970. The Charbay distillery is located on a seventeen-acre property on Spring Mountain, an area which the Karakasevic family also calls home. After teaming up to import a still from Cognac, they began making their own wines and brandy in 1983.

In 2005, Miles and his son Marko set out with a vision of creating an ultra-smooth floral rum, from Hawaiian and Jamaican sugar cane syrup. Choosing to source these syrups for their highly aromatic profiles which have a fresh sugar cane fragrance. A decade later in 2015, Master Distiller Marko released the rum uncut and unfiltered to showcase the rum’s full profile.

Charbay’s Sugar Cane Rum is double distilled through Charbay’s classic 100% copper pot Alambic Charentais Pot Still. After distillation its aged for five years in a stainless steel vat, which they believe allows the fragrance molecule chains to form peacefully. Next, the rum is transferred to used French oak barrels for three years, where the second set of fragrance molecules are formed under the influence of oxygen and wood. Bottled at a barrel strength 137 proof, this rum was awarded 98 Points (Extraordinary, Ultimate Recommendation), at the Ultimate Spirits Challenge in 2016.

Savory plantain and overripe banana mix with juicy nectarines and brown sugar to create a complex set of aromatics. This strong spirit has an earthy expression in the mouth supported by peppery spice and fruity tropical notes.