Today they produce a range of four Bourbons and one Rye Whiskey that have received numerous awards, and have become the Spirits of choice for cocktail drinkers around the world.

This Bulleit Rye Whiskey is crafted from a mash of 95% rye grains and 5% malted barley. Much like the bourbon, the grains are fermented with a unique strain of family yeast and distilled through a copper still. Following distillation, the rye is aged for 12 years. Expect pear-like fruit notes, dry, buttery oakiness, and faintly spiced notes followed by a balance of smoothness and spice.

Rich aromas of dark cherries and mellow tobacco. pear-like fruit notes, dry, buttery oakiness and faintly spiced notes followed by a balance of smoothness and spice. The finish is spicy and warming, with a hint of caramel and vanilla. 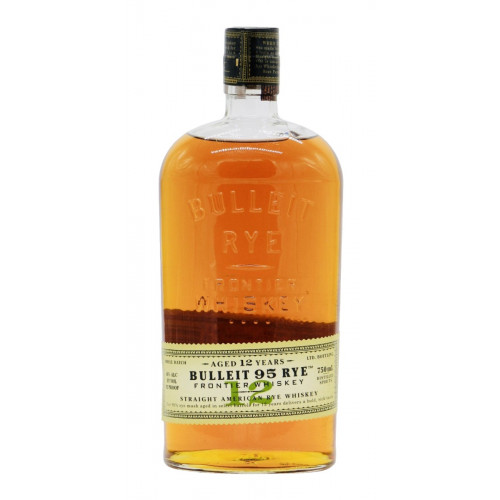