Be the first to review this product
Buffalo Trace Kosher Straight Rye Whiskey is a part of three annual expressions that are going to get released yearly after Passover. Aged 7 years in kosher barrels, it puts the signature rye spice into the spotlight.
$189.99
Add to Wish List

Buffalo Trace Straight Rye Whiskey was created in partnership with the Chicago Rabbinical Council. The partnership began in 2010 and is seeing the release of the first 3 expressions in 2020. Utilizing the same high-quality mash bill as their other straight rye whiskeys, the spirit spent 7 years in kosher barrels that were sold to a non-Jewish executive. Bottled at 94 proof and released yearly after Passover, special care is taken to ensure that the whiskey has no contact with non-kosher spirits.

It's a rye-forward profile with the signature rye spice taking the spotlight. There is some brown sugar on the nose, while the palate has notes of citrus and cloves, as well as plenty of rye spice. Finishes long, spicy, and slightly warming. 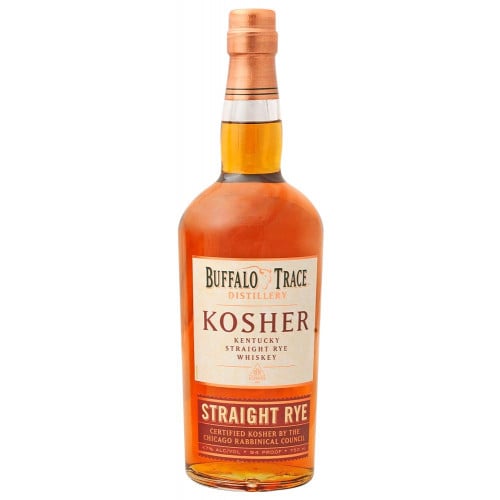