Learn more
Size750mL Proof92 (46% ABV) *Please note that the ABV of this bottle may vary
This unique whisky is the very first single malt Breckenridge release, which received a Platinum Medal and 96 Points from the Beverage Tasting Institute in 2016.
Notify me when this product is back in stock. 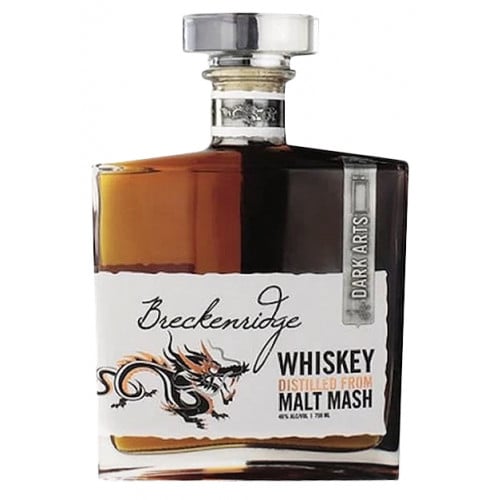 Breckenridge is now diversifying its portfolio with a distillery first. This Dark Arts expression is unique among the whiskeys of Breckenridge past, in that this is their very first single malt release. Made from a distinct strain of barley that emphasizes dark chocolate and malt notes. The barley is moderately mashed, enhancing the single malt’s characteristics. Breckenridge Malt Mash Dark Arts is aged for four years in a combination of new Oak and ex-Bourbon casks and bottled at a solid 46% ABV.

Dark chocolate and toffee on the nose. Rich and flavorful on the palate with notes of citrus and sweet caramel. The finish is long and smooth.