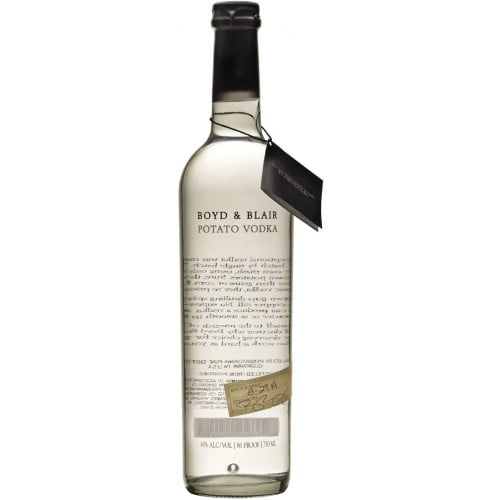 In an old warehouse with a cracking facade and grass growing in the rain gutters, Master Distiller Barry Young rests his hand on a custom-made, 1,200-liter copper pot still. Inside the still, Young, the former CEO of RX Partners, a pharmaceutical services company, is distilling another batch of Boyd & Blair Vodka. Using only locally-sourced Pennsylvania potatoes, each batch of Boyd & Blair Vodka is made from scratch and tasted twenty times before being labeled and bottled by hand. The potatoes, Young says, produce a silkier, sweeter Vodka than traditional grains such as wheat, rye or corn.

Along with his partner-in-crime, Prentiss Orr, Young carefully monitors each step of the production process. While most commercial distilleries reuse the "tails" of the distillate in order to improve yield, Young and Orr and discard it due to its inferior quality and bottle only the "hearts."The result is an exceptionally smooth and flavorful Vodka. Triple distilled and charcoal filtered, Boyd & Blair Vodka earned five stars from F. Paul Pacult's Spirit Journal in 2011, 2012 and 2013, ranking it as the top Vodka in the world.

"Making Vodka is incredible," says Orr. "It is satisfying to own something tangible, to see your product on the shelf."

Aroma of potato and starch. Semisweet flavor profile and has a hint of vanilla, black pepper and honey.