Caskers Rewards members earn up to 4 store points back when buying this bottle.
Size750mL Proof80 (40% ABV)
Blended with calvados from different Pays d'Auge crus, this calvados is crafted with spirits aged between 6 and 15 years. Rich and fruity, it's the culmination of all the aromas present in their range of calvados.
Notify me when this product is back in stock. 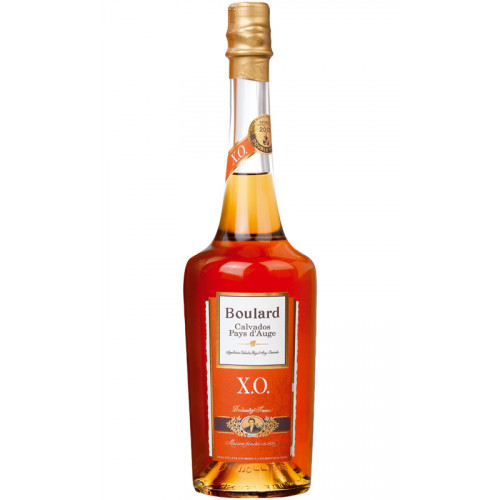 Boulard XO Calvados Pays d'Auge represents the culmination of all the aromas present in their range of calvados. A blend of many Pays d'Auge crus, it's crafted with spirits aged from 6 to 15 years in oak casks. With notes of fresh apple, vanilla, spice, and nutty touches, it's a deliciously fruity yet rich and complex spirit that's bottled at 80 proof.

Get your bottle of this decadent calvados today!

The bright amber spirit opens with apple tart, vanilla, hints of oak, and toasted almond aromas. The palate has sweet ripe apple notes with spice and hints of nuttiness. The creamy finish has the apple and spice notes lingering in harmony.