Learn more
Size750mL Proof80 (40% ABV) *Please note that the ABV of this bottle may vary
This exceptional calvados from one of the most renowned producers in the famous Pays d'Auge region took the Cellar Master Richard Prével a painstaking 7 years to craft, choosing only the finest and oldest calvados from the cellars.
Notify me when this product is back in stock. 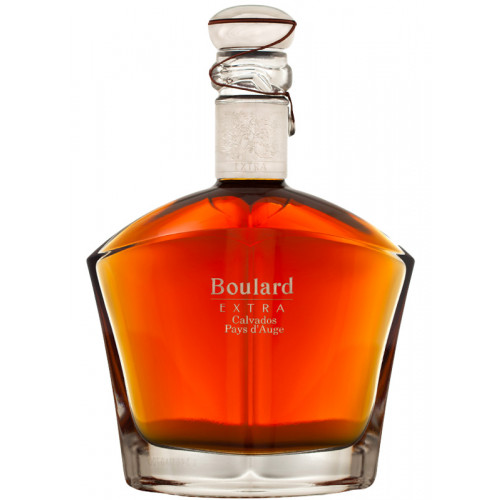 It took the Cellar Master Richard Prével a painstaking 7 years to creaft Boulard Calvados Pays d'Auge Extra for their Luxury Collection. The finest, oldest, and most subtle calvados were selected from their most prized stocks and blended together to create this exquisite award-winning expression. You can expect elegant aromas of light fruit, floral notes, oak, as well as hints of smoke, coffee, and licorice.

Get your bottle of this decadent calvados today!

The amber calvados has an elegant nose with light fruity and floral aromas. You'll find notes of violets and oak, as well as hints of smoke and licorice. The palate is mellow, aromatic, and rich with intense fruit, quince, caramel, and candied apple. The finish is complex and long with a touch of coffee, cinnamon, and licorice.