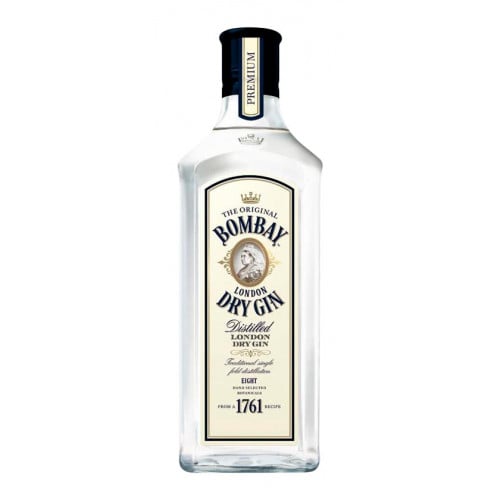 The Original Bombay London Dry Gin is Bombay Spirits' take on a traditional London dry style. It employs 8 botanicals in its recipe, meticulously overseen and hand-selected by their Master of Botanicals, Ivano Tonutti: licorice, cassia bark, coriander seeds, angelica root, lemon peel, juniper berries, orris root, and almonds. The vapor infusion leaves a substantial mark on its taste profile. During distillation, the spirit vapor passes through the botanicals, suspended at the top of the column, resulting in the delicate aromas and tastes that the gin is known for. While the 86-proof gin has been often overshadowed by its decidedly more modern sapphire-colored sibling, the Original London Dry is a versatile spirit that will appeal to fans of more traditional, well-executed London Dry style gin.

It's a pleasantly soft, earthy, and herbal nose with gentle juniper and pine notes, along with angelica. The palate has a distinct sweetness with vanilla, lemon zest, and juniper. The finish is dry with a touch of licorice and spice.