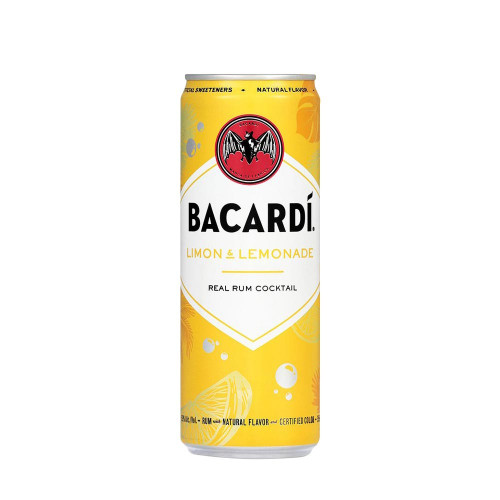 Part of the Bacardi Real Rum Cocktails collection, Bacardi Lemon & Lemonade 4-Pack is a package of ready-to-drink cocktails. Crafted with Bacardi Superior Rum and all natural flavors and ingredients, including cane sugar and natural juices, it contains zero artificial sweeteners. Bottled at 11.8 proof, this is the perfect choice for fun summer gatherings with friends. It's best enjoyed when chilled.

The nose is sweet and fresh. The palate brings fresh citrus, bold lemont, hints of lime and grapefruit balanced by the sweet and tart lemonde.