Size750mL Proof80 (40% ABV)
Bacardi Gran Reserva Maestro de Ron is a white rum, aged in white oak and filtered back to its colorless appearance. Intended to elevate the cocktail experience.
Notify me when this product is back in stock. 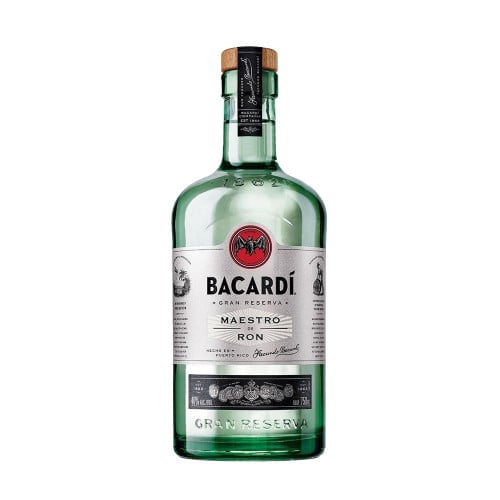 Intended to elevate the simple cocktail experience to new heights, Bacardi Gran Reserva Maestro de Ron is a white rum, aged in white oak and filtered back to its colorless appearance. It's double aged, which means that each barrel is aged for at least one year before being married and aged again for another three months. The ultimate mixing rum, it brings traditional rum flavors of ripe banana, vanilla, coconut, and a hint of cinnamon – tropics in a glass.

The nose is sweet with vanilla and caramel. The palate is very tropical with flavors of ripe banana, vanilla, coconut, and a hint of cinnamon. The finish is sweet.