Size375mL Proof100 (50% ABV)
This unique whiskey is made by a third-generation barber and distiller.
Notify me when this product is back in stock. 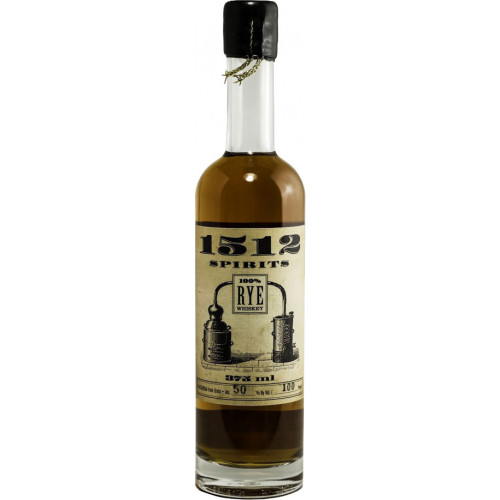 By day, Salvatore (“Sal”) Cimino runs a barbershop at 1512 Pine Street in the Nob Hill neighborhood of San Francisco. A third-generation barber, Cimino also learned the art of distilling from his father, who maintained an improvised wine cellar in the family’s home and taught Sal how to distill the excess grapes into grappa. For many years, Sal’s distilling operation was “clandestine”, with the fruits of his labor being shared only with friends and family — however word quickly spread of his natural gift for distilling, and since then Sal has opened up a full-time operation in Sonoma County, very well becoming the world’s only barber by day and master distiller by night.

1512 Rye Whiskey is made from a mash of 100% rye, and is distilled through an old direct-fire alembic still with Cimino managing the entire process, from grain-to-glass, by hand. Once distilled, the whiskey is aged in charred, new American oak barrels before being finished in old wooden staves. As a result, 1512 Rye Whiskey has an aroma of vanilla and cracked pepper, along with leather and tobacco. The palate is filled with flavors of toasted rye bread and melted butter, and leads to a big finish of allspice, cherries and candy corn.

Remembering his childhood, Cimino says, “I saved my allowance to go down to the grocery store to buy grapes and I was mashing and fermenting my first wine in the garage in a little plastic tub. My father knew I was coming for him.”

Pick up a unique whiskey made by a third-generation barber and distiller today!

Aroma of vanilla and cracked pepper, along with leather and tobacco. The palate is filled with flavors of toasted rye bread and melted butter, and leads to a big finish of allspice, cherries and candy corn.