Learn more
Size750mL Proof100 (50% ABV) *Please note that the ABV of this bottle may vary
This craft whiskey explores the Monongahela Rye whiskey style from the 18th and 19th centuries. It has spent at least 4 years in new charred oak before being bottled from a single barrel at 100 proof.
Notify me when this product is back in stock. 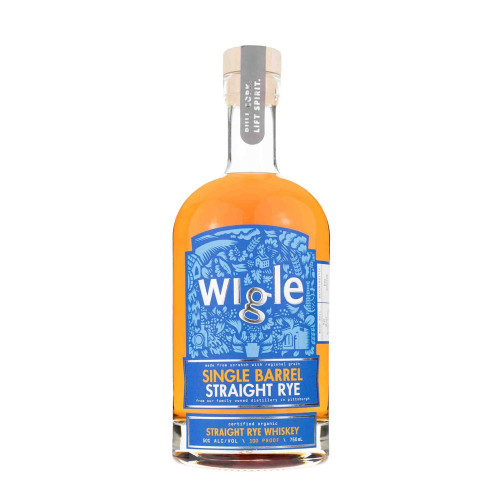 Phillip Wigle was a distilling pioneer in Pennsylvania. He helped start the Whiskey Rebellion in 1791 when he stood up to a tax collector, demanding his right to distill. The rebellion pitted George Washington's troops against Pennsylvania distillers and ended up with the sentencing of several inciters, including Wigle, who had burnt down the tax collector's house. He was ultimately pardoned. In the following years, American whiskey production ramped up considerably with the Monongahela Rye setting the standard for American whiskey. The spicy and earthy style is what inspired Wigle Whiskey, a modern take on the spirit.

Wigle is distilled in the first Pittsburgh distillery since Prohibition using organic regional grains that are milled on-site, fermented, and distilled using a copper-pot still. The operation is family-owned and family-run ever since distilling began in 2011 after several years of lobbying in order for the state laws to permit this model of a craft distillery. With several awards under their belt, they craft terroir whiskey of the highest quality, innovating and supporting the community and systems that surround the operation. They have several rye whiskeys in their lineup with various cask finishes, as well as bourbon, flavored whiskey, and bottled cocktails.

Wigle Single Barrel Straight Rye is the one that harkens back to the Monongahela Rye style, striving towards the whiskey that was considered the gold standard in the 18th and 19th centuries. It's crafted with a mash bill of 68% regional organic rye, 18% regional organic wheat, and 14% organic malted barley. Aged at least 4 years in 53-gallon new charred oak barrels, it's bottled from a single barrel at 100 proof.