This product is available in: CA, NY, ND, TX, WA Unfortunately, we can't ship to PO Boxes and APO addresses.

Size750mL Proof60 (30% ABV)
Based in Pilot Point, Texas, Western Son Distillery was launched by a group of friends, all industry veterans. This flavored expression is based on their 10-times distilled vodka and features a burst of fruity, floral, and earthy aromas.

This product is available in: CA, NY, ND, TX, WA Unfortunately, we can't ship to PO Boxes and APO addresses. 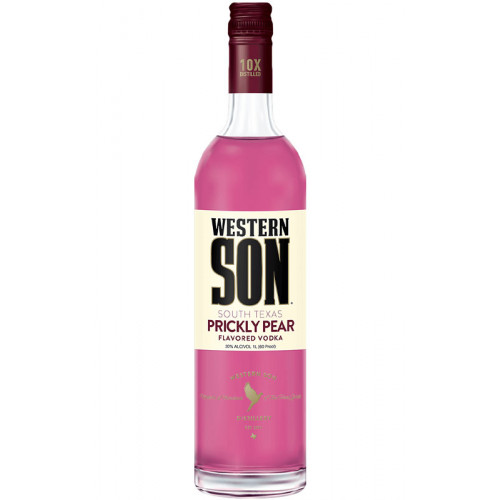 Grab your bottle of this flavored vodka today!

The pinkish-purple flavored vodka opens with fruity aromas of freshly-picked cactus fruit. The palate has a balance of sweet, tangy, fruity, floral, and earthy notes with strawberry, citrus, and melon notes.