Size750mL Proof24 (12% ABV)
The first vintage Champagne was invented by Madame Clicquot in 1810. This is Veuve Clicquot's 66th vintage release. Crafted with grapes from grands and premiers crus, the blend consists of Pinot Noir, Chardonnay, and 15%. 11% of the wines in Vintage 2012 were aged in foudres. 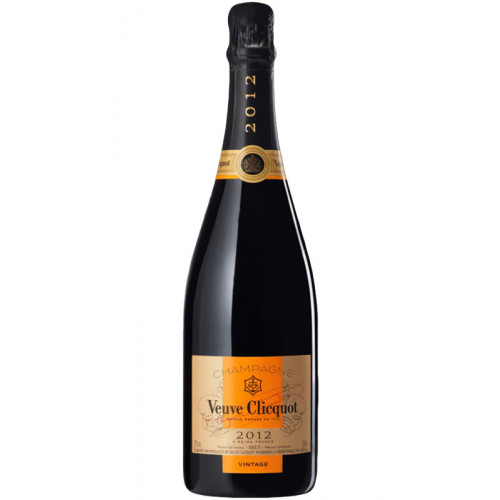 The yellow label, an unusual color for the time, was first trademarked in 1877. Today, the Brut Yellow Label is the embodiment of the quality and style of the house. Vintage Brut 2012 was released in 2019 and is the 66th vintage Champagne release from the house. Crafted with grapes from grands and premiers crus, the blend consists of 51% Pinot Noir for the structure, 34% Chardonnay for the finesse and elegance, and 15% Meunier to round up the blend. 11% of the wines in Vintage 2012 were aged in foudres (large wooden casks) that bring toasted aromas and hints of wood and vanilla.