Size750mL Proof90 (45% ABV)
Tryke is an ultra-premium London dry style gin that is handcrafted in Alberta, Canada. Wheat from local farms is ground, fermented, and distilled at the T-Rex Distillery and a secret blend of 11 botanicals makes it into the 90-proof spirit.
Notify me when this product is back in stock. 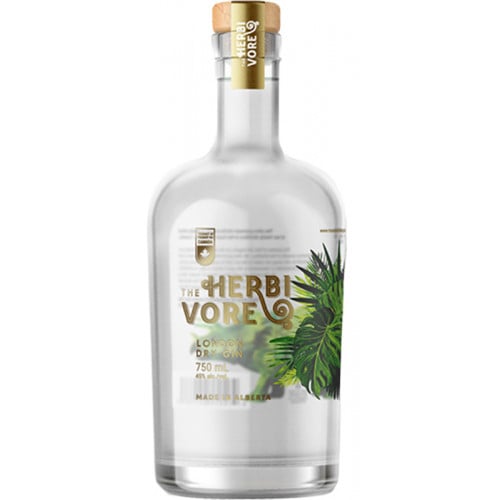 The Irnich family emigrated from Germany in 2007. Their home building company ran into trouble in 2015 after a devastating fire, prompting the family to rethink their future. The family's German roots had ties to both distilling and ice cream making, so they decided to join the two. As their boozy gelato business thrived, they decided to branch out into spirits ― by the time, they already had a distillery set up.

Based in St. Albert, Canada, they named their operation the T-Rex Distillery, after a visit to the Royal Tyrrell Museum in Alberta left them impressed by the Black Beauty T-Rex fossil ― one of the finest specimens in the world. The distillery is built on honesty and sustainability while "keeping it as local as possible." Sticking together as a family, they produce vodka, rum, gin, and whisky.

Originally known as Herbivore Gin, Tryke is an ultra-premium London dry style gin that is handcrafted in Alberta. Wheat from local farms is ground, fermented, and distilled at the T-Rex Distillery using their state-of-the-art equipment. A secret blend of 11 botanicals is macerated in the spirit before it's distilled once more and bottled at 90 proof. The expression has won a Gold Medal at the San Francisco World Spirits Competition in 2021.

Grab your bottle of this Canadian gin today!

It's a fragrant gin with aromas of cinnamon, green apple, citrus, juniper, and thyme. The palate is complex with a rich balance of coriander and a distinct nuttiness. The finish is long with lingering herbal notes.