Learn more
Size750mL ProofLemon: 70 (35% ABV); Organic: 80 (40% ABV); Vanilla: 70 (35% ABV) *Please note that the ABV of this bottle may vary
These vodkas, which are produced exclusively from certified organic ingredients, are made by the first distillery in Los Angeles since Prohibition. 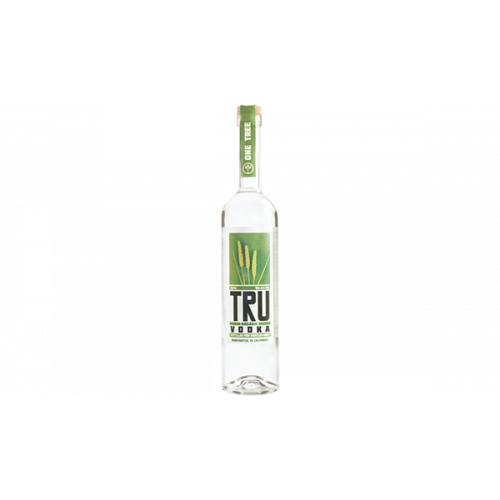 "It takes 23 square feet of land to grow enough wheat for one bottle of TRU vodka," says Melkon Khosrovian, the founder and master distiller at Greenbar Collective. Situated in a 14,000 square-foot warehouse near the Arts District, Greenbar Collective is Los Angeles' first distillery since Prohibition. Each bottle of TRU Vodka is made using certified organic wheat, which Khosrovian sources from the Midwest. "By using only certified organic ingredients,"he says, "we're able to maintain clean farmland, while adding bolder flavors to our vodka."