Learn more
Size750mL Proof94 (47% ABV) *Please note that the ABV of this bottle may vary
The Kraken Attacks Pennsylvania is a black spiced Caribbean rum that's “as dark as the Tell-Tale Heart” and it was even sighted stealing cheesesteaks in the Keystone State multiple times. Blended with natural flavors and caramel color.
Notify me when this product is back in stock. 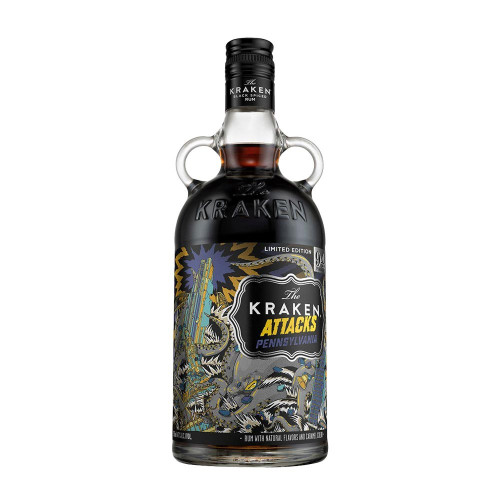 About The Kraken Attacks Pennsylvania

Released in 2021, The Kraken Attacks is a limited-edition collection of Caribbean black spiced rums. The Kraken Attacks Pennsylvania is “as dark as the Tell-Tale Heart” and it was even sighted stealing cheesesteaks in the Keystone State multiple times. Blended with natural flavors and caramel color, this is a flavorful and smooth rum that delights with notes of cinnamon, vanilla, and nutmeg. Ending with a lingering and spicy finish, it’s best enjoyed in classic rum cocktails.

Get The Kraken Attacks Pennsylvania!