Caskers Rewards members earn up to 4 store points back when buying this bottle.
Size750mL Proof94 (47% ABV)
A limited-edition black spiced Caribbean rum, this expression is dedicated to New Jersey. The Kraken Attacks New Jersey is “as dark as the Pine Barrens before dawn", but it's also excellent in classic rum cocktails.
Notify me when this product is back in stock. 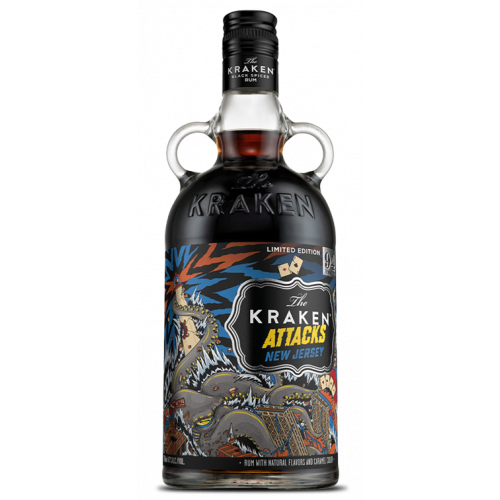 About The Kraken Attacks New Jersey

Released in 2021, The Kraken Attacks is a limited-edition collection of Caribbean black spiced rums. The Kraken Attacks New Jersey is “as dark as the Pine Barrens before dawn”. According to some reports, this time, The Kraken was spotted crossing the Delaware at Trenton and blowing through toll booths. Blended with natural flavors and caramel color, this is a flavorful and smooth rum that delights with notes of cinnamon, vanilla, and nutmeg. Ending with a lingering and spicy finish, we recommend you enjoy it in classic rum cocktails.

Get The Kraken Attacks New Jersey!