Size750mL Proof94 (47% ABV)
Bound to be “as dark as the U.P. in December”, this black spiced rum is blended with natural flavors and caramel color, this spiced rum is bottled at 94 proof.
Notify me when this product is back in stock. 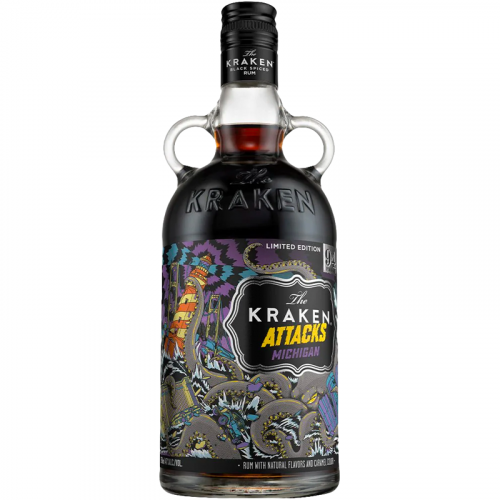 About The Kraken Attacks Michigan

Released in 2021, The Kraken Attacks is a limited-edition collection of spiced rums. The Kraken Attacks Michigan is bound to be “as dark as the U.P. in December”, travelling through the Great Lakes Waterway and visiting a town called Hell. Safe to say, this flavorful rum is pitch black. Blended with natural flavors and caramel color, this spiced rum is bottled at 94 proof.

Get The Kraken Attacks Michigan today!