Size750mL Proof94 (47% ABV)
Part of a limited-edition collection of Caribbean black spiced rums, The Kraken Attacks Maryland is as “dark as the bottom of Inner Harbor”. Crafted with natural flavors and caramel color, this expression will make any cocktail night a success.
Notify me when this product is back in stock. 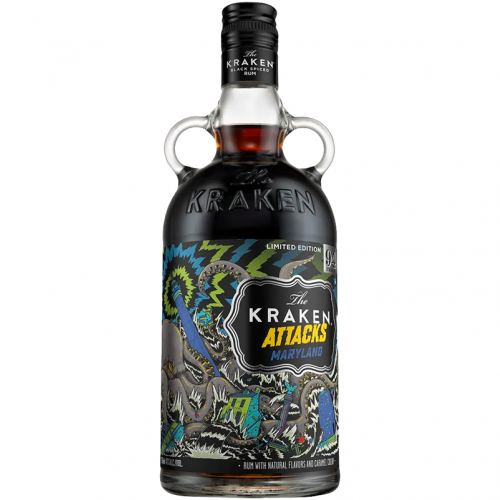 About The Kraken Attacks Maryland

Released in 2021, The Kraken Attacks is a limited-edition collection of Caribbean black spiced rums. The Kraken Attacks Maryland is as “dark as the bottom of Inner Harbor”. It is said to have been mistaken for Chessie near the shores of Love Point. Crafted with natural flavors and caramel color, this black spiced rum is exceptionally flavorful and smooth with notes of cinnamon, vanilla, and nutmeg. Expect a lingering and spicy finish that is best enjoyed in classic rum cocktails.

Get The Kraken Attacks Maryland!