Learn more
Size750mL Proof94 (47% ABV) *Please note that the ABV of this bottle may vary
This limited-edition release from the Caribbean Kraken Rum honors the spirit of Las Vegas. Blended with natural flavors and caramel color, it's bottled at 94 proof.
Notify me when this product is back in stock. 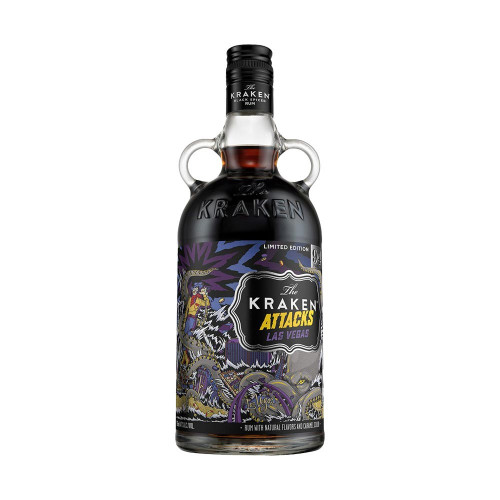 About The Kraken Attacks Las Vegas

Released in 2021, The Kraken Attacks is a limited-edition collection of spiced rums. The Kraken Attacks Las Vegas is deemed “as dark as the rumors around Area 51”. Blended with natural flavors and caramel color, this spiced rum is bottled at 94 proof. For this balanced rum expression of impressive depth, the Kraken defied the laws of nature as it was spotted in Colorado before scaling the Hoover Dam.

Get The Kraken Attacks Las Vegas!