Learn more
Size750mL Proof94 (47% ABV) *Please note that the ABV of this bottle may vary
Protect Indiana from The Kraken by enjoyin The Kraken Attacks Indiana in a classic rum cocktail. A black spiced rum, this flavorful concoction is crafted with natural flavors and caramel color. Bottled at a pleasant 94 proof.
Notify me when this product is back in stock. 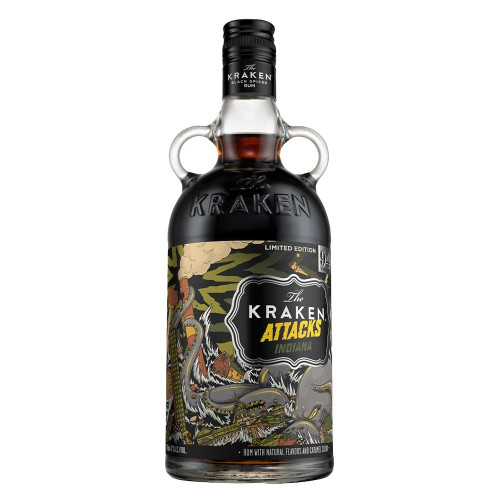 About The Kraken Attacks Indiana

Released in 2021, The Kraken Attacks is a limited-edition collection of spiced rums. Compared to the color of burnt rubber on the Birckyard track, The Kraken Attacks Indiana is a black spiced rum. In Indiana, The Kraken would be almost as scary of a prospect as the end of basketball season, but luckily this splendid rum is more flavorful and tasty than it is scary. Blended with natural flavors and caramel color, this spiced rum is bottled at 94 proof.

Get The Kraken Attacks Indiana today!