Caskers Rewards members earn up to 4 store points back when buying this bottle.
Size750mL Proof94 (47% ABV)
One of The Kraken Attacks limited-edition spiced rums expressions, this is Georgia's turn to defend itself against The Kraken. Blended with natural flavors and caramel color, this black rum is bottled at the ideal 94 proof.
Notify me when this product is back in stock. 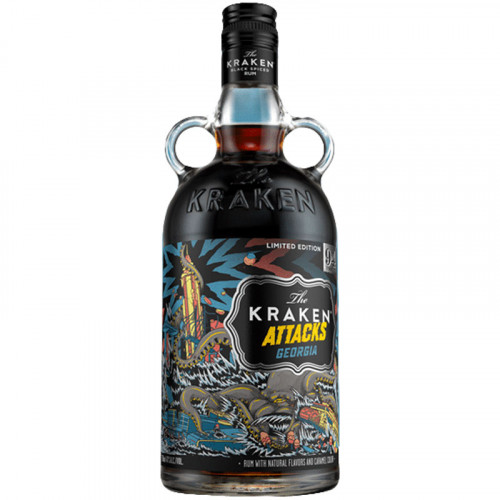 About The Kraken Attacks Georgia

Released in 2021, The Kraken Attacks is a limited-edition collection of spiced rums. The Kraken Attacks Georgia is supposed to be as black as “a Savannah square on a cloudy night” and there have been sightings of the Kraken stealing peaches and hanging around Sweet Auburn. A black spiced rum, it’s blended with natural flavors and caramel color, this spiced rum is bottled at 94 proof.

Get The Kraken Attacks Georgia!