Learn more
Size750mL Proof94 (47% ABV) *Please note that the ABV of this bottle may vary
A limited-edition spiced Caribbean rum from The Kraken, dedicated to Florida. Blended with natural flavors and caramel color, this black rum is attacking Florida at 94 proof.
Notify me when this product is back in stock. 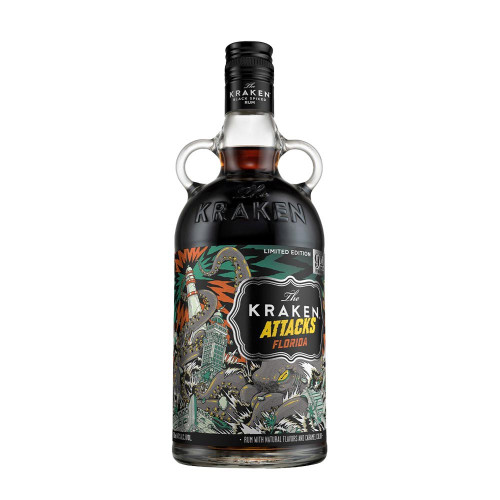 About The Kraken Attacks Florida

Released in 2021, The Kraken Attacks is a limited-edition collection of spiced rums. The Kraken Attacks Florida was inspired by a mysterious creature that has everyone from the mermaids in Weeki Wachee to snow birds in Boca trembling with fear. Nothing and nobody are safe from the smooth, black tentacles of this mysterious beast. Blended with natural flavors and caramel color, this spiced rum is bottled at 94 proof.

Get The Kraken Attacks Florida today!