Learn more
Size750mL Proof94 (47% ABV) *Please note that the ABV of this bottle may vary
As dark as a new moon at the North Rim, The Kraken Attacks Arizona is a flavorful black spiced rum, made with natural flavors and caramel color. Its smooth palate with classic rum flavors is best enjoyed in classic rum-forward cocktails.
Notify me when this product is back in stock. 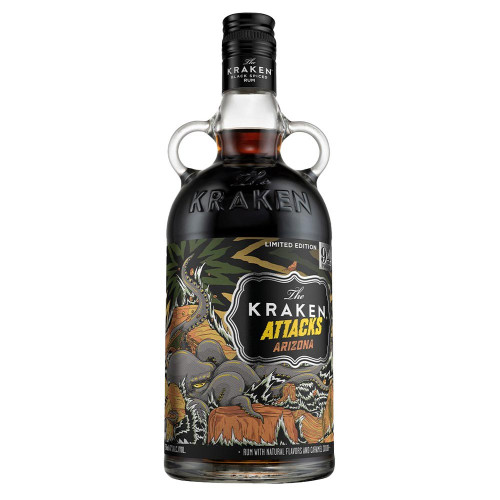 About The Kraken Attacks Arizona

Released in 2021, The Kraken Attacks is a limited-edition collection of spiced rums. The Kraken Attacks Arizona is “as dark as a new moon at the North Rim”. Rich, dark, and smooth, this is a black spiced rum, blended with natural flavors and caramel color. Bottled at 94 proof, this flavorful expression is perfect for classic rum-forward cocktails.

Get The Kraken Attacks Arizona!