Size750mL Proof80 (40% ABV)
The roman numerals CLX denote the 160th anniversary of Tanduay. This commemorative release features a rum blend that was crafted from the Chairman's reserves — the best juices the company has in storage.
Notify me when this product is back in stock. 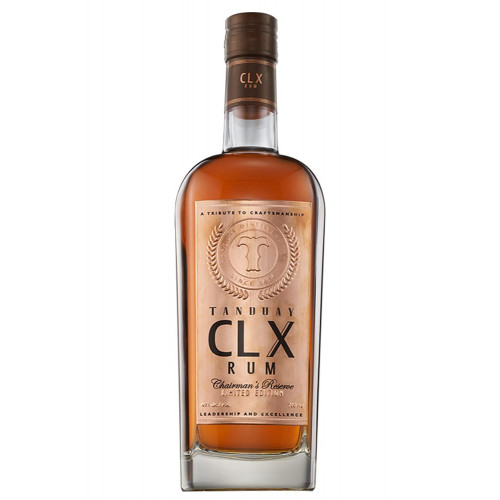 Since 1999 Tanduay Distillers, Inc. is owned by LT Group, Inc. In 2011, Tanduay was the 7th largest spirits brand in the world. Today their operation spans 4 plants that take care of aging, compounding, and bottling. At the heart of their lineup is an award-winning 5-year-old rum that matures in charred oak barrels. The brand has received over a hundred various awards over the years and sells over 20 million cases each year, making it the best-selling rum brand in the world.

Tanduay CLX commemorates the 160th (hence the roman numerals) anniversary of the company and was brought from their Chairman's reserves in 2014 — the best they have in storage. It's a smooth, sweet, and oaky profile.

The nose opens with cereal, chocolate, fruit, and orange zest notes with hints of vanilla and toffee. There's stone fruits on the palate along with vanilla, tobacco, cinnamon, and a dash of tropical fruit.