Size750mL Proof90 (45% ABV)
This gin is crafted with Crispin Cain's secret recipe of rare botanicals, real fruit, and real spices at his Tamar distillery. Employing an antique cognac still, it's handcrafted to perfection and bottled at a higher 90 proof.
Notify me when this product is back in stock. 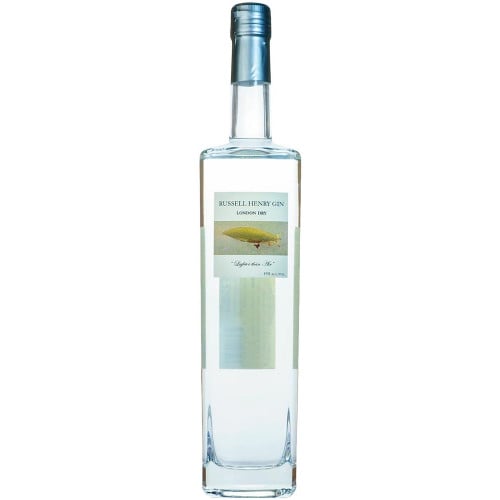 The award-winning Russell Henry Gin lineup is produced at the Tamar distillery using an old-fashioned double-distillation method that has been used in the production of cognac for over half a century. "Folks ask: another gin? Well, Crispin thought there was a lot of room for improvement by using the finest craft methods. So did Paul Pacult: his Spirit Journal's 2013 list of the world's 120 best spirits, included Russell Henry Gin, 'A stellar example, a new landmark in American gin-making.' " Cain infuses these gins with a secret recipe of rare botanicals, real fruit, and real spices including juniper, coriander, cardamom, orris root, and lemon peel. Produced with an antique cognac still using quality ingredients the London Dry Gin is bottled at a higher 90 proof, achieving the perfect balance of strength and flavor.

It's a smooth and rich gin with sweet hints of citrus and pine. Initial bursts of orange and lemon zest lead to more subtle touches of juniper and coriander. Finishes smooth and clean.