Size1L Proof80 (40% ABV)
R6 vodka is a super clean vodka made of 100% California non-GMO yellow corn from a family-owned distillery. Distilled a whopping 20 times!
Notify me when this product is back in stock. 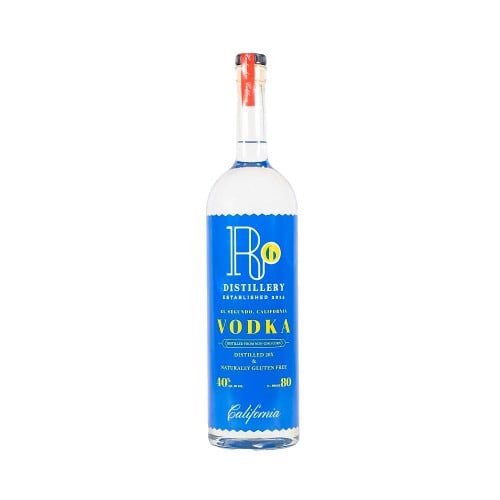 R6 Vodka uses 100% California non-GMO yellow corn and is distilled a whopping 20 times in a German Kothe Still. It is then carbon filtered to rid it of any residual undesirables left after distillation. Afterwards, reverse osmosis water is added and the vodka is filtered once more before bottling. The result is sweet on the nose with a pleasantly smooth and grainy palate, accompanied by notes of tropical fruit, as well as corn. The finish is warming and balanced with hints of spice and pepper. It has garnered numerous accolades in various competitions, ranging from several blind tastings to the American Distilling Institute and the prestigious San Francisco World Spirits Competition.

It's sweet on the nose with a pleasantly smooth and grainy palate, accompanied by notes of tropical fruit, as well as corn. The finish is warming and balanced with hints of spice, pepper, and cinnamon.