Size750mL Proof86 (43% ABV)
Crafted from 95% rye malt and 5% two-row barley, this craft rye is aged in heavily-charred American white oak barrels and bottled at 86 proof. Spicy, rounded, and rich, it feels equally at home as a sipper or in cocktails. 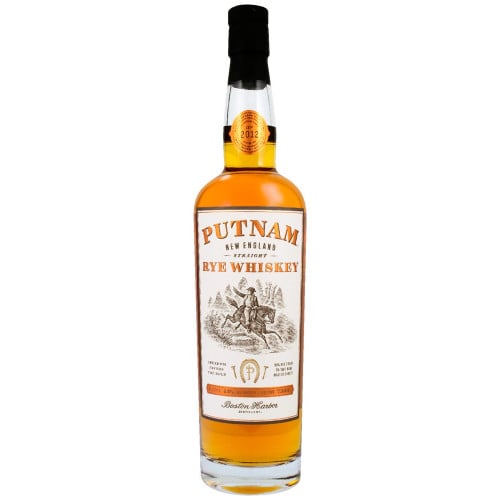 Situated at The Port on Boston Harbor, the distillery operates from a former mill building, which was built in 1859. After hiring Dr. James Swan, a renowned whiskey-making expert, and convincing the award-winning distiller John Couchot to move to Boston and join their ranks, the operation was ready to go.

The Putnam New England Rye Whiskey is named after Silas Putnam, an entrepreneur and inventor that worked at the historic Boston Harbor Distillery building, where he pioneered the automated production of hot-forged horse nail, selling them during the Civil War. Crafted from 95% rye malt and 5% two-row barley, it's first distilled to 155 proof. It is then aged in heavily-charred American white oak barrels, before being bottled at 86 proof.

It's a rounded, spicy, and earthy rye with black pepper, oak, rye bread, and brine on the nose. There's baked apple, pear, vanilla, and spice on the palate. It finishes smooth with a distinct earthiness and lingering spice.