Learn more
Size750mL Proof92.4 (46.2% ABV)
Plantation Panama 12 Year Old Single Cask 2018 is a triple aged rum from the brand’s Single Cask collection. Following the brand’s signature two-stage ageing in Bourbon and Ferrand casks, this limited-edition rum was finished an Arran Whisky cask.
Notify me when this product is back in stock. 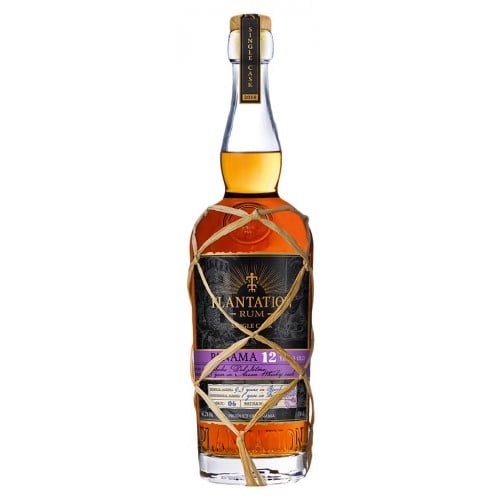 Plantation Rum is a brand of artisanal Caribbean rums owned by Maison Ferrand, a French producer of fine spirits. The story starts with Cognac. In 1989, Alexander Gabriel discovered Maison Ferrand, one of the oldest Cognac houses, which had a good stock of Cognac and great reputation, but its sales were lagging. Gabriel and Mr. Ferrand went into partnership, and Gabriel, who was still in business school at the time, started by building a distribution network for the brand. After putting Ferrand Cognac on the map, Gabriel went on another quest – to revitalize French artisanal spirits. Mathilde Liqueurs were born from his passion, curiosity, and refined taste for beauty, and the fond memories of his grandmother's cassis liqueur. Gin is another of his passions, and in 1996 the company introduced Citadelle Gin, which is made in the same pot stills that produce Ferrand Cognac at the time of year when Cognac cannot be distilled under the regulations. In the 1990s, Gabriel combed the Caribbean in search of the best rums, and in 1999 Plantation Rum was created. Maison Ferrand now owns the West Indies Rum Distillery in Barbados, and holds a stake in the distiller National Rum of Jamaica. It also sources its rums from some of the best distilleries from across the Caribbean.

Plantation Panama 12 Year Old Single Cask 2018 is a triple aged rum from the brand’s Single Cask collection. These rums are very limited releases of double-aged Haute Couture rums, which, following the signature two-stage ageing, undergo additional maturation in carefully selected beer, wine or spirit casks. The rum for this expression was first matured for 9.5 years in Bourbon casks in the Tropics, followed by a year of continental ageing in Ferrand casks. After an additional year and a half in an Arran Whisky cask, the rum was then bottled at 46.2% ABV.

The nose is fruity and malty, with notes of baked pear, honey, orange, almond and pineapple. Dry and full palate follows with a tad spicier profile with cloves, pepper and oak, which evolves into caramel, apricot, licorice and vanilla. The finish is very long and almost salty with fresh herbal notes, and some orange peel and hazelnut.