Learn more
Size750mL Proof100 (50% ABV) *Please note that the ABV of this bottle may vary
Plantation Guatemala XO Single Cask 2019 is an elegant and fruity rum from the brand’s Single Cask collection. This expression spent several years in Bourbon casks, a year in Ferrand casks, and was finished in Amburana casks for 6 months, before being bottled at 100 proof.
Notify me when this product is back in stock. 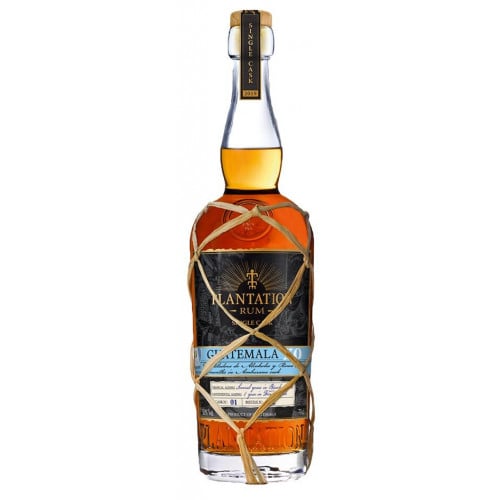 Plantation Guatemala XO Single Cask 2019 is an elegant and fruity rum from the brand’s limited-edition Single Cask collection. Following the brand’s signature two-stage ageing, these rums undergo additional, third maturation in carefully selected beer, wine or spirit casks. This expression first spent several years in Bourbon casks in the Tropics, a year in Ferrand casks, and was finished in Amburana casks for 6 months.

The elegant nose has dominating tonka bean notes, blended with coconut, coffee, honey, hazelnut and cinnamon. These evolve to pineapple, cherry, and citrus, followed by a rich palate with fruity notes of grape, fresh apple, banana, orange with nutmeg, vanilla, and some earthy notes.