Size750mL Proof84 (42% ABV)
After distillation in Seattle, the vodka is infused with goathorn peppers sourced from the Yakima Valley and Thai chili peppers.
Notify me when this product is back in stock. 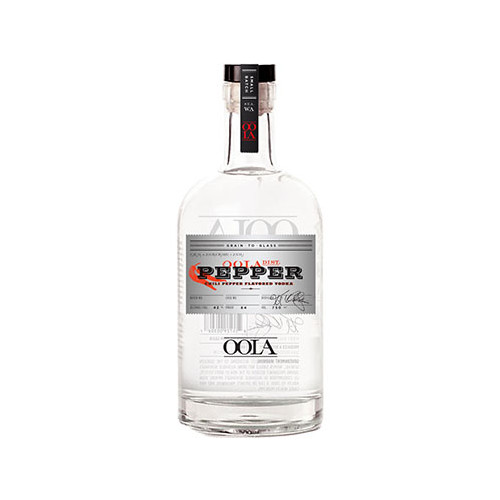 As a result of his commitment to his community, Kirby sources all of the ingredients used to craft Oola Chili Pepper Vodka from local farms. For instance, the white winter wheat used to make the vodka is harvested on a third-generation Washington family farm that is certified organic. Once the grains arrive at the distillery, they are milled and mashed before being distilled through Kirby's copper-pot still.

Following distillation, the vodka is infused with goathorn peppers sourced from the Yakima Valley and Thai chili peppers. The peppers give the vodka a rich and silky texture, and provide it with an aroma of black pepper, spices and warm vanilla. The aroma gives way to notes of crushed peppers, fresh mozzarella cheese and a hint of caramel. The finish is smooth and warm, with a burst of red pepper spices.

Rich and silky texture. Aroma of black pepper, spices and warm vanilla. Notes of crushed peppers, fresh mozzarella cheese and a hint of caramel. Finish is smooth and warm, with a burst of red pepper spices