Learn more
Size750mL Proof80 (40% ABV)
Based on Grey Goose winter wheat vodka, this flavored expression gets an upgrade in the form of natural essences of Cavaillon melons from France. The 80-proof spirit is brimming with fruity notes.
Notify me when this product is back in stock.

This product is available in: CT, MI Unfortunately, we can't ship to PO Boxes and APO addresses. 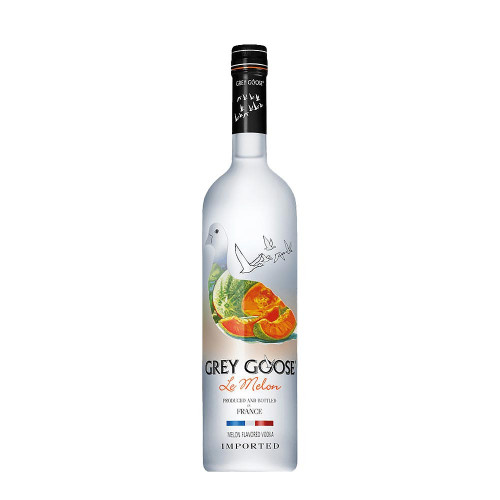 Building on that solid winter-wheat vodka foundation is the Grey Goose Le Melon Vodka. This 80-proof flavored expression was launched in 2014 and adds the natural essence of ripe Cavaillon melons from Provence, France. The cantaloupe's smaller cousin brings a distinct fruitiness to the bright and full-bodied palate, making a delicious base for cocktails as well.

The subtle nose has prominent cantaloupe notes along with a touch of banana. The palate is bright and fruity with the addition of nutty almond notes. Finishes fresh with lingering melon.