Size750mL Proof78 (39% ABV)
Distilled from 3 different citrus peels — bitter curaçao oranges, sweet oranges, and mandarins — this orange liqueur has a delicate balance of sweetness, zesty bitterness, and spice. It is based on a historic recipe from the first half of the 19th century.
Notify me when this product is back in stock. 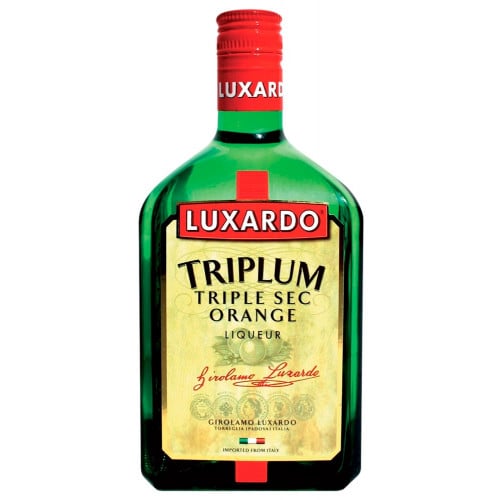 Crafted with three different citrus fruits, Luxardo Triplum Triple Sec Orange is a liqueur that is made using a historic recipe that dates back to the first half of the 19th century. Bitter curaçao oranges, sweet oranges, and mandarins are distilled, preserving only the heart of the distillate, which then gets distilled a second time. Several other ingredients include orange flowers, pennyroyal, vervain, and more. The distillate is then filtered, sugared, and brought to 78 proof.

This clear orange liqueur opens with prominent orange on the nose along with spice. It's dry on the palate with a balance of sweetness and zesty bitterness, balanced by spice notes.