Size750mL Proof80 (40% ABV)
Cointreau is synonymous with triple sec liqueur. The complex, fresh, and fruity profile is popular as an aperitif or digestif and can be added to countless cocktails to provide depth and orange notes.
Notify me when this product is back in stock. 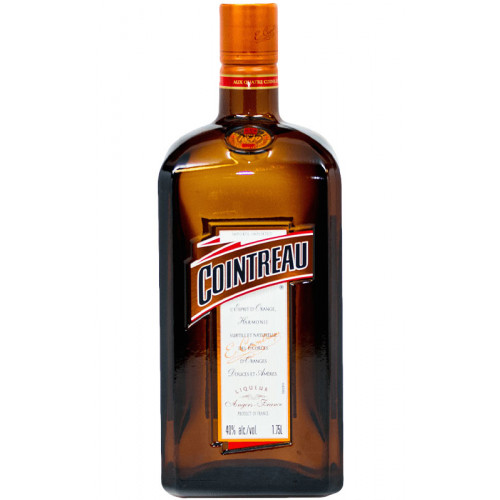 Cointreau was founded in the midst of the French industrial revolution in 1849 by Adolphe Cointreau, a confectioner by vocation. The brand sprung out of the Frenchman's wish to expand the family business to include liqueurs, starting with the guignolet, a wild cherry liqueur. Soon many other flavors were added, including strawberry, plum, and cherry.

In 1856 Adolphe's brother Edouard-Jean joined the business and the booming operation was moved to a more favorable location by the Maine River. The following year an orange liqueur was released. When Edouard-Jean's son Edouard joined with his wife Louisa in 1875, they decided to focus the company's efforts on orange liqueur, settling on the recipe after several years of experimentation in 1885. Crystal clear, not as sweet as its contemporaries, and with concentrated flavor, the liqueur was made using dried and fresh sweet and bitter orange peels.

Since then the business has modernized considerably and garnered over 500 awards over the years. It is run by the 6th generation of the Cointreau family and celebrated its 170th anniversary in 2019. The brand name has become synonymous with triple sec liqueur. The Cointreau Triple Sec is a versatile classic that can serve as an aperitif or digestif and pairs well with countless cocktails, adding a zestiness and depth, as well as enhancing flavors.

The clear liqueur opens with complex, fresh, fruity, and floral aromas, with orange zest in the foreground. It's sweet on the palate with intense orange flavor that adds depth and citrusy notes to cocktails.