Size750mL Proof80 (40% ABV)
Created nearly 180 years ago by a husband and wife team, Combier is the original triple sec. Made with sweet and bitter orange peels, the classic liqueur has a pleasant sweetness and plenty of citrus notes. 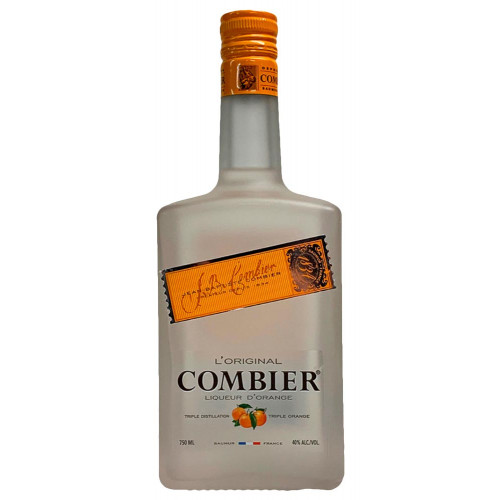 It was nearly 180 years ago that Jean-Baptiste Combier and his wife Josephine started experimenting in their kitchen in the village of Saumur in the Loire Valley of France. The confectioners wanted to create something new and different, an original flavor. In 1834 they finally perfected the recipe for the very first triple sec — Combier Liqueur d'Orange — which consisted of sun-dried West Indies orange peels, local spices, and some secret ingredients.

The recipe and process remain the same to this day, from the bitter Haitian and sweet Valencia oranges, down to the century-old copper stills. Once the orange peels are rehydrated, the rind is separated from the pith by hand in order to tone down the bitterness during distillation. After the first distillation, a period of maceration follows, and the spirit is distilled two more times.

Natural sugar crystals are added and the alcohol volume is brought down to 40% before bottling. The entire process takes place at the same location since the 19th century. The signature profile of the original triple sec has a pleasant sweetness that isn't overbearing, along with fruity and bitter citrusy notes.

The signature profile of the original triple sec has a pleasant sweetness that isn't overbearing, along with fruity and bitter citrusy notes. The orange aroma and taste stay all the way through the finish.