Size750mL Proof64 (32% ABV)
This classic liqueur is made with Luxardo marasca cherries that are infused in alcohol for 3 years before being distilled and matured in ash-wood vats. The super-fruity liqueur has been an invaluable cocktail ingredient ever since it was first available in 1821. 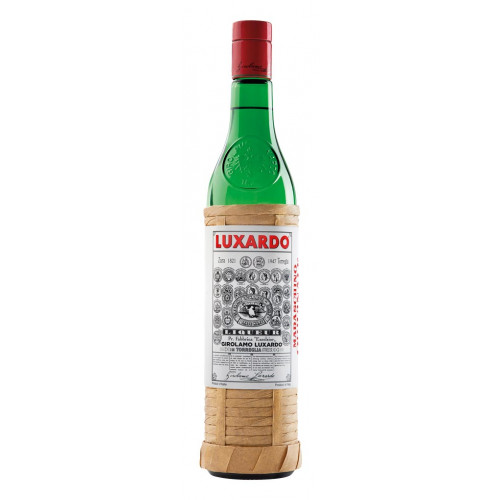 Luxardo Maraschino Originale is made according to the 1821 recipe, using Luxardo marasca cherries. After they are harvested, they are placed in alcohol together with some leaves and branches and left in vats for 3 years. After that, both the liquid and solid parts are distilled with only the heart of the distillate going into ash-wood vats to mature. The final step is the addition of simple syrup, which transforms the distillate into a liqueur and brings the proof down to 64. It's perfect as a digestif, an invaluable cocktail ingredient, and goes particularly well with gelato or fruit.

The clear liqueur is super fruity with marasca cherries in the foreground throughout the profile. It's creamy, sweet, and smooth with a hint of roasted nuts, dark chocolate, vanilla, and orange marmalade.