Size750mL Proof92 (46% ABV)
This distinctively soft and fruity character with hints of vanilla and peat earned this spirit a Gold Medal at the 2017 Berlin International Spirits Competition, as well as Silver at 2016 IWSC.
Notify me when this product is back in stock. 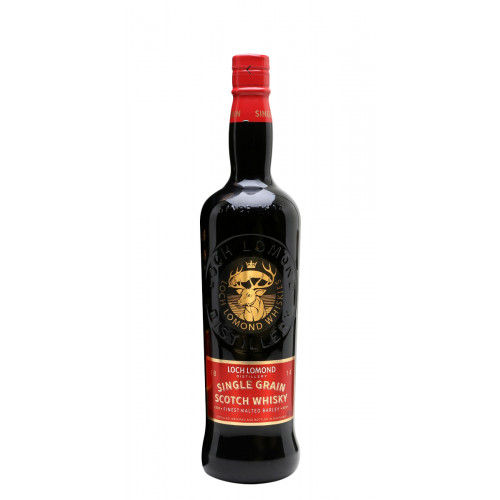 Loch Lomond is one of those signature places in Scotland that is revered the world over by iconic creatives, poets, and artists. Boasting the largest lake in Great Britain, this impressive national park is brimming with beauty and natural elegance. The Loch Lomond distillery gets its distinction from being one of the few distilleries in Scotland to produce both grain and malt spirit. Specializing in grain whisky, their grain crop became quite pervasive.

Loch Lomond was built in 1966, riding the wave of a distillery industry boom. The venture was a collaboration between American Duncan Thomas and Chicago-based Barton Brands. After changing hands num proud times, Loch Lomond grew substantially into one of the most innovative resourceful distilleries in all of Scotland. They began producing a wide range of whiskies under several labels. Loch Lomond is now owned by Diageo.

Loch Lomond whiskies are characterized by their mellow, gentle characteristics. This elegant single grain Loch Lomond is distilled in a Coffey still and aged in ex-bourbon casks. Crafted entirely from malted barley, this whisky is complex yet approachable. Its distinctively soft and fruity character with hints of vanilla and peat earned this spirit a Gold Medal at the 2017 Berlin International Spirits Competition, as well as Silver at 2016 IWSC.

Gentle aromas of citrus, banana, and cinnamon on the nose. Flavors of ginger, chocolate, and vanilla on the palate followed by a long smooth finish.