Learn more
Size750mL Proof80 (40% ABV) *Please note that the ABV of this bottle may vary
Equally suited for sipping or cocktails, this dark rum is crafted with 100% molasses. Distilled using a Vendome copper-pot still, the spirit has wooden staves added during its 8 months of maturation.
Notify me when this product is back in stock. 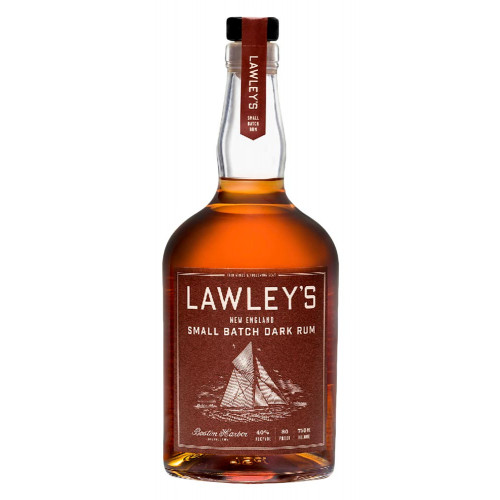 George Lawley & Sons Shipyard used to build yachts and WWII mine sweepers at the exact same spot where the distillery stands today. Taking inspiration from the rich local history, Lawley's Small Batch Rum comes in two distinct expressions ― a light and a dark rum. This expression is a New England style dark rum that is made with 100% molasses and Quabbin Reservoir water. Distilled using a Vendome copper-pot still, wooden staves are added to the spirit for its 8 months of maturation. This imparts caramel, vanilla, and spice notes to the smooth rum.

The rum has notes of vanilla, oak, caramel, and rye spice that are imparted by the rye-barrel staves. There's a unique balance of sweetness, tropical fruit, spice, and oak, culminating in a smooth finish.