Size750mL Proof102 (51% ABV)
Aged for 37 years, this is the oldest whisky released by Lagavulin Distillery.
Notify me when this product is back in stock. 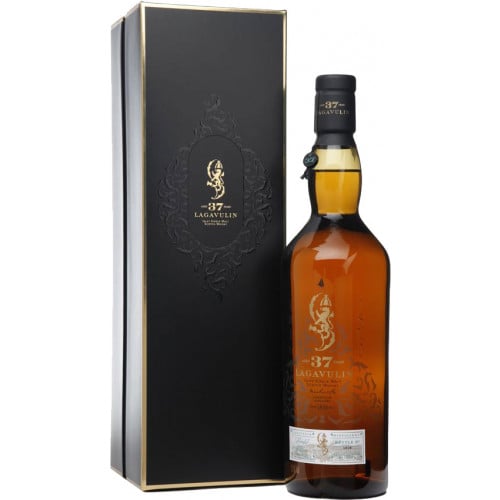 Lagavulin 37 Year Old Single Malt Scotch Whisky is the oldest and most prestigious release from the Islay distillery. The whisky was matured for nearly four decades in casks composed of American and European oak before being bottled at cask strength (102 proof). "Lagavulin is probably the most sought-after single malt whisky in production today “ universally acknowledged as one of the unchallenged grands crus of Scotch whisky," said Georgie Crawford, Distillery Manager at Lagavulin. "For many years we have been unable to supply sufficient mature spirit to meet worldwide demand. So bottlings of old Lagavulin are exceptionally rare."

Only 1,868 bottles of this single malt have ever been produced.