Size750mL Proof92 (46% ABV)
This smooth Japanese/Scotch whisky hybrid is aged for over eight years in ex-bourbon white oak casks.
Notify me when this product is back in stock. 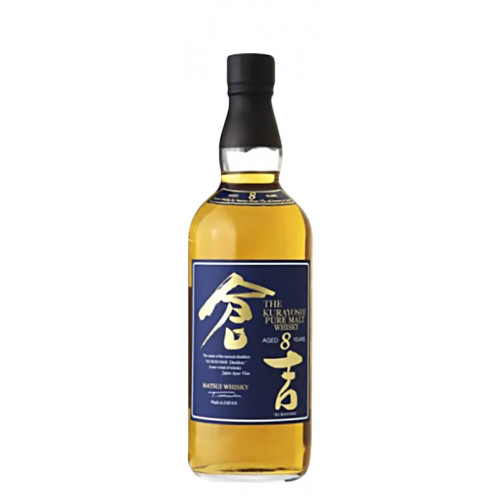 Matsui Shuzo is both a sake brewery and shochu distillery. Kurayoshi is a 100% malted barley whisky, sourced from distilleries around Scotland, before making their way to Japan, where it is blended with Japanese whisky, aged, and cut to proof with the soft ground waters of Tottori Prefecture.

Kurayoshi 8 Year Old Malt Whisky is aged in white oak ex-bourbon barrels for over eight years. This aging process creates a more refined whisky with a depth of character, removing any unpleasant flavors, it causes the whisky to develop a ripeness and complexity in flavor. This 8-year-old malt whisky is packed with refreshing notes of citrus, and a sweet, soft, vanilla nuttiness.

The malt aromas and sweet, refreshing fruit notes are reminiscent of pale golden and dry orange colors. The palate is sweet and stands out with fragrances of vanilla and nuts. The mouth-feel is very soft. The finish is smooth.