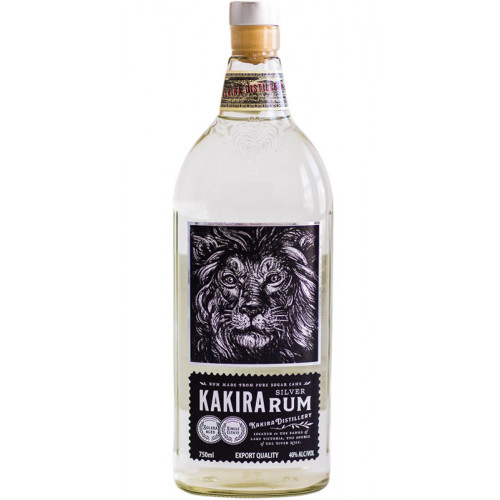 Kakira Sugar Works is the leading producer of sugar in Uganda. Founded by Muljibhai Prabhudas Madhvani in 1930, it is now part of the Madhvani Group. The enormous operation crushes more than 6,000 tons of cane each day, producing over 150,000 tons of sugar annually.

Kakira Spirits is located in the heart of Africa, near Lake Victoria ― the source of the White Nile, one of the two major tributaries of the Nile. The company was launched in order to decrease waste and the carbon footprint, as well as contribute to the production processes of the sugar cane estate. With a strong attachment to nature conservation and charity, Kakira Distillery produces gin, vodka, and rum.

Kakira Silver Rum is distilled from sugar cane that is grown on the Kakira estate in Uganda, where the fertile land, temperate climate, and unique terrain provide the optimal conditions for the production and aging of rum. Distilled using pot stills, the complex and aromatic rum is solera-aged for a minimum of 30 months in carefully-selected ex-bourbon and Spanish sherry casks before being bottled at 80 proof.

Get your bottle of this African rum today!

The clear rum leads with fruity and tropical aromas of banana, coconut, and vanilla on the nose. The palate features a balance of sweet and earthy notes with honey and banana notes. The finish is smooth and light.