Learn more
Size750mL Proof133.2 (66.6% ABV) - May Vary
This Tennessee icon is built on historical knowledge. As it turns to the future with a new recipe aged in new American oak, we get this delicious bourbon-like rye.
Notify me when this product is back in stock. 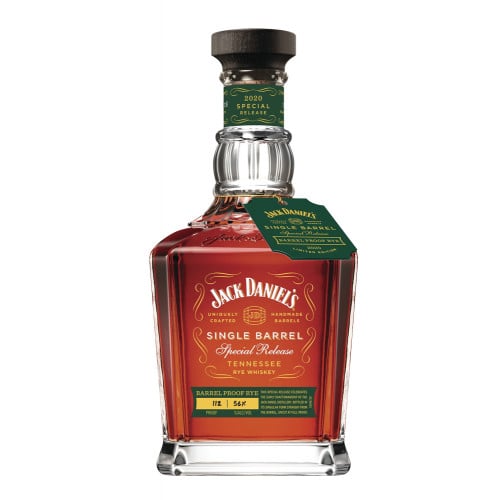 "Rock and Roll's got to be like Jack Daniel's. You've got to feel it burn," says Nikki Sixx.

This is the first-ever release since Master Distiller Chris Fletcher took over. It might be the producer's newest recipe, but it sure still feels like the Tennessee icon you love. The rye-heavy and high-proof whiskey still delivers the famous spicy burn that Nikki Sixx appreciated. Blame it on the new American white oak barrels aged in the highest spots of the barrelhouse or Jack Daniel's signature charcoal mellowing, but you can taste the legacy in every sip. The nose is fruity with an unexpected bourbon similarity, and the finish is gentle, though the signature kick is there.

Get a bottle today! Only some 200 barrels of this copper-colored dram exist!

A copper hue with a citrusy, fruity nose that turns into sweetness of sugar, melted butter, and vanilla. The palate starts sweet but is balanced with black pepper and clove.