Learn more
Size750mL Proof94.2 (47.1% ABV) *Please note that the ABV of this bottle may vary
This rare, tough single-cask malt leans towards the peatier side of Highland Park but is the absolute representation of what The Perfect Fifth is all about.
Notify me when this product is back in stock. 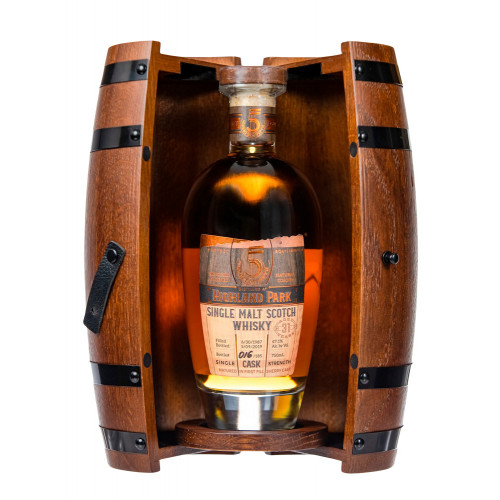 'Sláinte!' to family traditions as sacred as collecting rare whiskeys. The Perfect Fifth came about when one such American family decided it was time to start bottling the world's best Whiskey with the intent to share it with like-palated people. 'The Perfect Fifth scours casks all over Scotland to find the magnum opus of each distillery.' All in the name of arriving at the perfect equilibrium of taste that is a spectacular sensory experience in every release. The bottle in question comes from the masters of refined brutality - the Orkney distilling legends Highland Park. Tough people in tough conditions who are doing true (Norse) gods' work - producing harmonious, fragrant, aromatic whiskey. The proof is in the heater-heavy ancient peat, the sharp wind, and the work ethic for this islander. Delivering single cask malt expressions that are the stuff of myth, mystery, and (easier to prove) scotch-mastery.

This extraordinary expression is a smudge peatier than the next Highland Park dram. Aged in Sherry casks, this 31-years-old is delicious, rare, and comes in a perfectly designed bottle - 1 of only 185 ever made. It's silky when it hits the palate, initially smokey, oily, and sweet, with exotic fruitiness serving as the silver lining. The nose is long, spicy, and closes with phenols. Make this bottle the first violin of your already perfectly orchestrated collection.

Amazing amber color. It hits the mouth peaty, smoky with hints of tannins. Backing the saltiness are spices, the oak is prominent, honey-sweet. This is a sleek juice with a long finish and oak presence that finishes with phenols. This is it.