Size750mL Proof86 (43% ABV)
Hapusa is Sanskrit for juniper, and this gin is crafted with 100% Indian botanicals, starting with Himalayan juniper berries. Crisp, floral, and earthy, it's a complex and refreshing spirit.
Notify me when this product is back in stock. 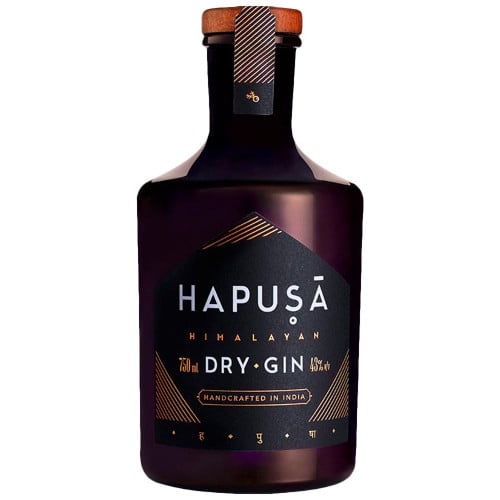 Näo spirits was formed in 2015 by Anand Virmani and Vaibhav Singh, when the two friends from Delhi, India felt like the gin renaissance wasn't hitting the country with the same force as it did the rest of the world. The two bar owners felt that the country where gin & tonic was invented needed to step up and they decided to take matters into their own hands. They procured a copper pot still, named it Agotha, and started experimenting with various spices, herbs, and fruits.

Many of the classic gin botanicals are commonly found in India's home kitchens, making at least one step of the process a bit easier as the pair meticulously distilled, tasted, and tested their way towards crafting the perfect gin. Starting with a wheat-based neutral spirit, they crafted their very first gin. A classic London dry style, this gin is made with Macedonian juniper berries, Spanish orange peels, Italian orris, and German angelica. The rest of the botanicals all come from India and include fennel seeds, lemongrass, coriander, ginger, and chamomile.

What's better than gin? Two gins, of course. The Hapusa is the Sanskrit word for juniper. It's also "the world's first Himalayan dry gin". It's crafted with Himalayan junipers and several unique botanicals that are native to India: Turmeric, mango, ginger, cardamom, coriander seeds, gondhoraj lime, and almonds. While Greater Than is an international spirit, Hapusa is 100% Indian.

The aromatic nose opens with green notes with prominent pine tree and juniper. It's earthy, floral, and fruity on the palate with wildflower and citrus notes, as well as a distinct nuttiness and a coriander note. Finishes smooth and refreshing.