Learn more
Size750mL Proof100 (50% ABV) *Please note that the ABV of this bottle may vary
Coming from the Golden Moon Distillery in Colorado, this rye was aged for a minimum of 6 months in American oak, then finished in French port casks.
Notify me when this product is back in stock. 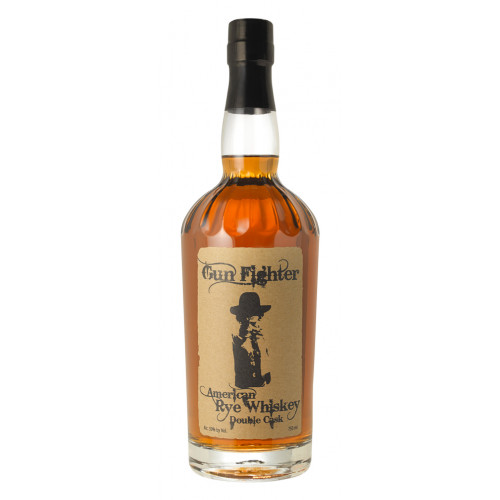 Their Gun Fighter Double Cask American Rye is crafted from a mash bill of 60% rye, 34% corn, and 6% malt. It then spends a minimum of 6 months in new American oak barrels before being finished in French port casks. Bottled at 100 proof, it's smooth, complex, and creamy.

The profile is smooth and complex with prominent rye spice, cloves, oak, chocolate, and caramel on the nose. The palate is creamy with vanilla, orange zest, as well as cloves and pepper. Finishes medium and spicy with a pleasant sweetness and hints of dried fruit.