Size750mL Proof80 (40% ABV)
Fresh, fruity, and zesty, one kilogram of fresh Floridian oranges go into each liter of this premium flavored vodka. The essential oils are mixed with the wheat spirit before distillation in order to achieve its fragrant citrusy character.
Notify me when this product is back in stock. 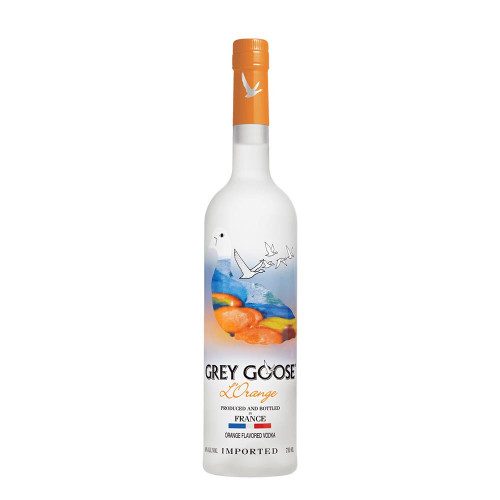 Grey Goose has several flavored expressions in their lineup, all of them crafted with their soft winter wheat vodka serving as the base. L'Orange then gets the addition of natural essences of oranges, with 1 kilogram (2.2 lbs) of Floridian oranges going into each liter of the vodka. L'Orange is produced by mixing these essential oils with the wheat spirit before distillation, resulting in a fresh, fruity, and zesty expression that is bottled at 80 proof.

Grab a bottle of this tasty vodka today!

It's a fresh and fruity flavored vodka expression with citrusy-sweet aromas of unmistakable orange and floral undertones. The palate has plenty of orange zest notes with just a touch of bitterness and hints of spice. The long finish has orange and black pepper notes.