Size750mL Proof80 (40% ABV)
The Slo Vodka is hand-crafted and chill haze filtered, resulting in a balanced, smooth, and versatile spirit that is great for sipping or cocktails.
Notify me when this product is back in stock. 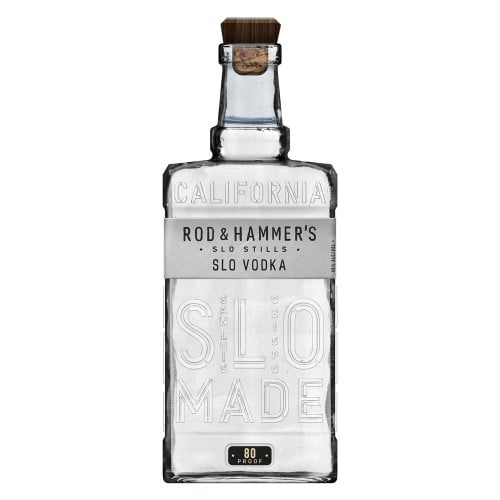 Beside the whiskey, Rod & Hammer's Slo Stills also produces a gin and a vodka. The hand-crafted Slo Stills Vodka is distilled and chill haze filtered, producing a well-balanced and exceptionally smooth spirit. Bottled at 80 proof, it's equally suited for sipping as well as being a super-versatile cocktail base.

Grab a bottle of this craft vodka today!

The hand-crafted vodka is cold-filtered, resulting in a balanced spirit with a touch of minerality, earthiness, and hints of vanilla. The finish is exceptionally smooth.