Size750mL Proof80 (40% ABV)
The premium soft winter wheat Grey Goose vodka is used as the base for this flavored expression. The concentrated extract is crafted with essential oils from the skins of lemons from the Menton region of France, renowned for their thick skin and milder flavor. 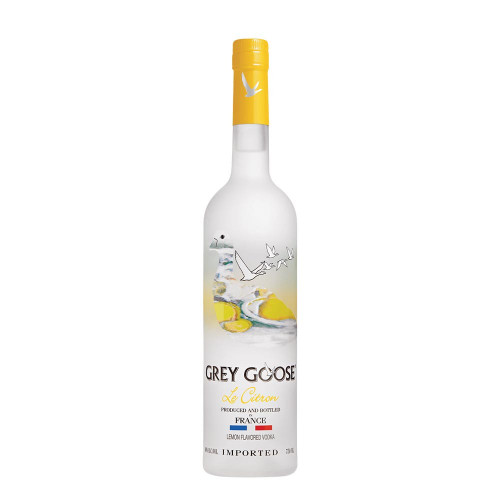 Grey Goose has several flavored expressions in their lineup, all of them crafted with their soft winter wheat vodka. Le Citron is a super-bright spirit that is crafted with lemon essential oils that are made with lemons from the Menton region of France. Known for their thicker skin and milder flavor, these proved to be the perfect choice for a premium lemon-flavored vodka. After extracting the essential oils from the thick skins of the lemons, they are concentrated into oil extract and blended with the vodka. Le Citron is bottled at 80 proof, higher than is usual for similar flavored expressions.

Bright and citrusy, this vodka has freshly-squeezed lemon aromas with a soft mineral backbone. The citrus zest is prominent on the palate with a pleasant, gentle bitterness. The finish is crisp and citrusy.